Hexis Australia has announced that its popular World Wrap Battle will come to Melbourne for the very first time, as part of the company's showcase at PacPrint 2021 at the Melbourne Convention & Exhibition Centre from 28 September to 1 October this year. 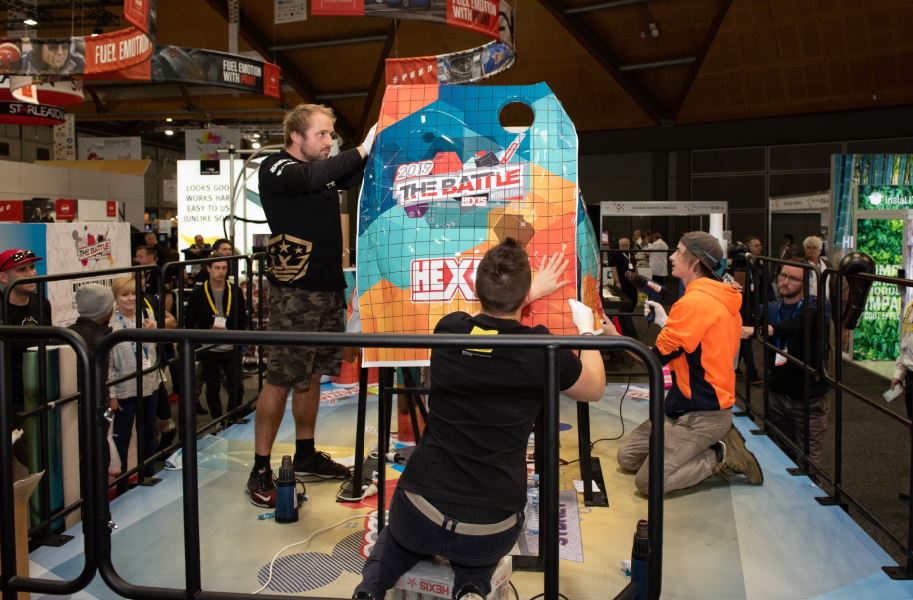 Ian Parsonson, Managing Director of HEXIS Australia, says the company’s decision to host the HEXIS World Wrap Battle for the first time in Melbourne during the industry’s leading trade show will once again put the excellence of Australian wrappers and installers in the spotlight.

“It’s been two years since the last battle rounds and we’re looking forward to having the industry’s best talent join in the battle, following the huge popularity of previous rounds in Sydney (pictured) and Brisbane, which not only showcased some amazing Aussie talent but saw winners walk away with trips to France and the USA,” Parsonson said today.

This year, a seven-day, six-night trip for two to the Great Barrier Reef off Cairns in Queensland is the major prize, in a draw featuring over $10,000 worth of prizes.

“During the show, we’ll also be featuring more than 15 new colours in their SKINTAC vehicle wrap series, including more fluorescent colours for racing cars, satin red finishes for the posh elegant-finished look, and of course classic colours like ice white and jazz blue that never go out of style,” Parsonson reports.

“We know transport plays a big part in vehicle marketing and savings in labour are always welcome, so we’d encourage operators to also come and check out HEXIS latest polymeric THE200EVO kit that will tick all the boxes for those large fleet jobs.”

Paint protection films, too, are increasingly sought after by car lovers he says. “This is where the cutting-edge technology of BODYFENCE, the HEXIS next-generation car body protection range, really shines, protecting vehicles not just against the elements, but all forms of external aggression,” he says, pointing to a video on the company’s socials (@hexis_australia) which shows how BODYFENCE PPF film can protect against intentional vandalism, demonstrated on a Porsche.

Also offering that protective factor are the latest additions to the HEXIS range of tinted vehicle and solar protection films, SKYFALL & MAJESTIK, which feature thermal and anti-UV protection as well as anti-scratch coating properties – “just what we need for our cars down under,” Parsonson points out.